Time-series data—usually presented in the form of lines—plays an important role in many domains such as finance,meteorology, health, and urban informatics. Yet, little has been done to support interactive exploration of large-scale time-series data,which requires a clutter-free visual representation with low-latency interactions. In this paper, we contribute a novel line-segment-based KD-tree method to enable interactive analysis of many time series. Our method enables not only fast queries over time series in selected regions of interest but also a line splatting method for efficient computation of the density field and selection of representative lines. Further, we develop KD-Box, an interactive system that provides rich interactions, e.g.,timebox,attribute filtering, and coordinated multiple views. We demonstrate the effectiveness of KD-Box in supporting efficient line query and density field computation through a quantitative comparison and show its usefulness for interactive visual analysis on several real-world datasets.

Figure 1: Overview of our tree construction: (a) a set of input curves with point samples (white) and split points (orange); (b) the KD-tree in TVS space built for the input curves with the newly-added split points (yellow), the thickness of split planes’ borders (blue) indicates the level, where split planes of thicker borders are in the upper (higher) levels of the KD-tree; and (c) the curve segment in each grid cell volume is fit by a straight-line segment.

Figure 2: Illustrating tree-traversal query and boundary-based filtering. (a)Decompose the space covered by time series c1​ to c5​ with the tree shown in (b);B1​ to B7​ denote the bounding volumes (grid cells) associated with the tree’s leaf nodes. The blue box denotes a timebox query with a pair of ghost ranges (red) on top and bottom. (b) Traversing the tree can efficiently find all leaf nodes and lines (c1​,c2​, and c3​) that intersect the timebox. Next, boundary-based filtering employs the two ghost ranges to filter the lines: we discard c1​, since it intersects the bottom ghost range,meaning that some of its points in[tmin​,tmax​]must be out of the timebox. 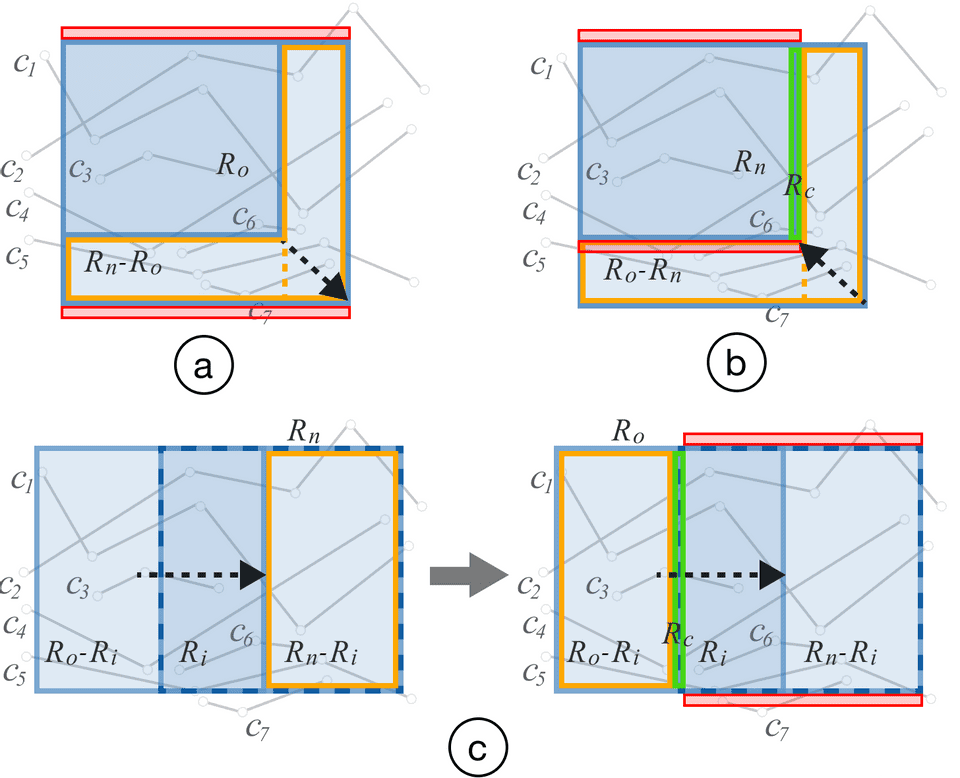 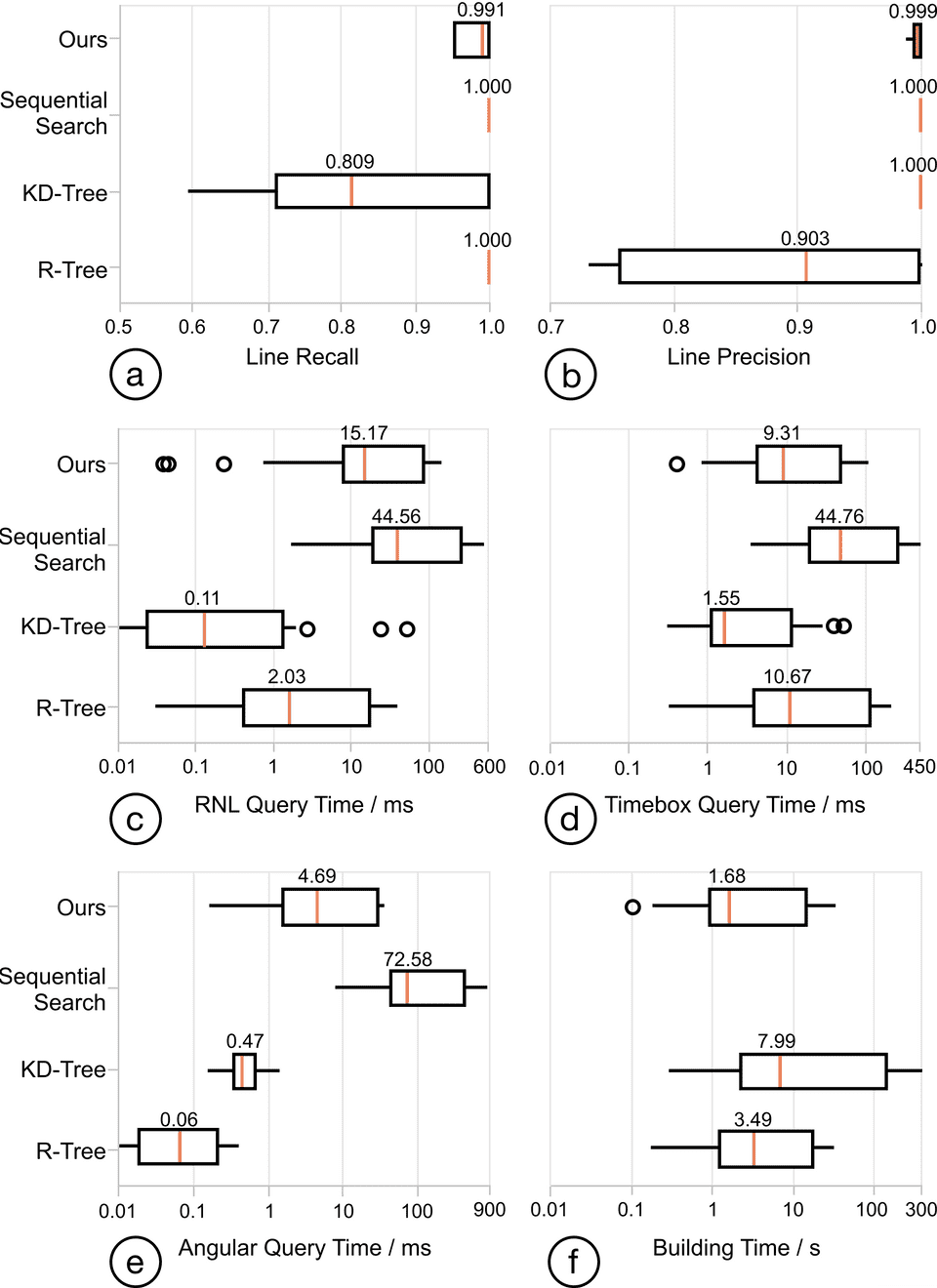