Is There a Robust Technique for Selecting Aspect Ratios in Line Charts?

Figure 1:Comparing various aspect ratio selection methods (including ours (j)) on how they select aspect ratios (b-j) for the same curve y = ln(x) parameterized into line segments in three different ways (a). Results in (b-j) show that the three plots generated by methods AWO, RV, AL and L1-LOR are almost the same, thus revealing their parameterization invariance. The standard deviations of the aspect ratios selected by various methods are shown in (k): AL, AWO, RV and L1-LOR have small standard deviations, but not others.

The aspect ratio of a line chart heavily influences the perception of the underlying data. Different methods explore different criteria in choosing aspect ratios, but so far, it was still unclear how to select aspect ratios appropriately for any given data. This paper provides a guideline for the user to choose aspect ratios for any input 1D curves by conducting an in-depth analysis of aspect ratio selection methods both theoretically and experimentally. By formulating several existing methods as line integrals, we explain their parameterization invariance. Moreover, we derive a new and improved aspect ratio selection method, namely the L1-LOR (local orientation resolution), with a certain degree of parameterization invariance. Furthermore, we connect different methods, including AL (arc length based method), the banking to 45 principle, RV (resultant vector) and AS (average absolute slope), as well as L1-LOR and AO (average absolute orientation). We verify these connections by a comparative evaluation involving various data sets, and show that the selections by RV and L1-LOR are complementary to each other for most data. Accordingly, we propose the dual-scale banking technique that combines the strengths of RV and L1-LOR, and demonstrate its practicability using multiple real-world data sets.

**Figure 2**: Venn diagram to show the grouping relationship among various methods: banking to 45, parameterization invariance, and orientation resolution. Moreover, we draw three kinds of arrows to show the connection relationships between individual methods: i) AS, AO and LOR are the parameterization variant forms of RV, AWO and *L*1-LOR, respectively; ii) AS and AO are convertible between each other by angle and slope; and iii) AO has the potential to be similar to *L*1-LOR. 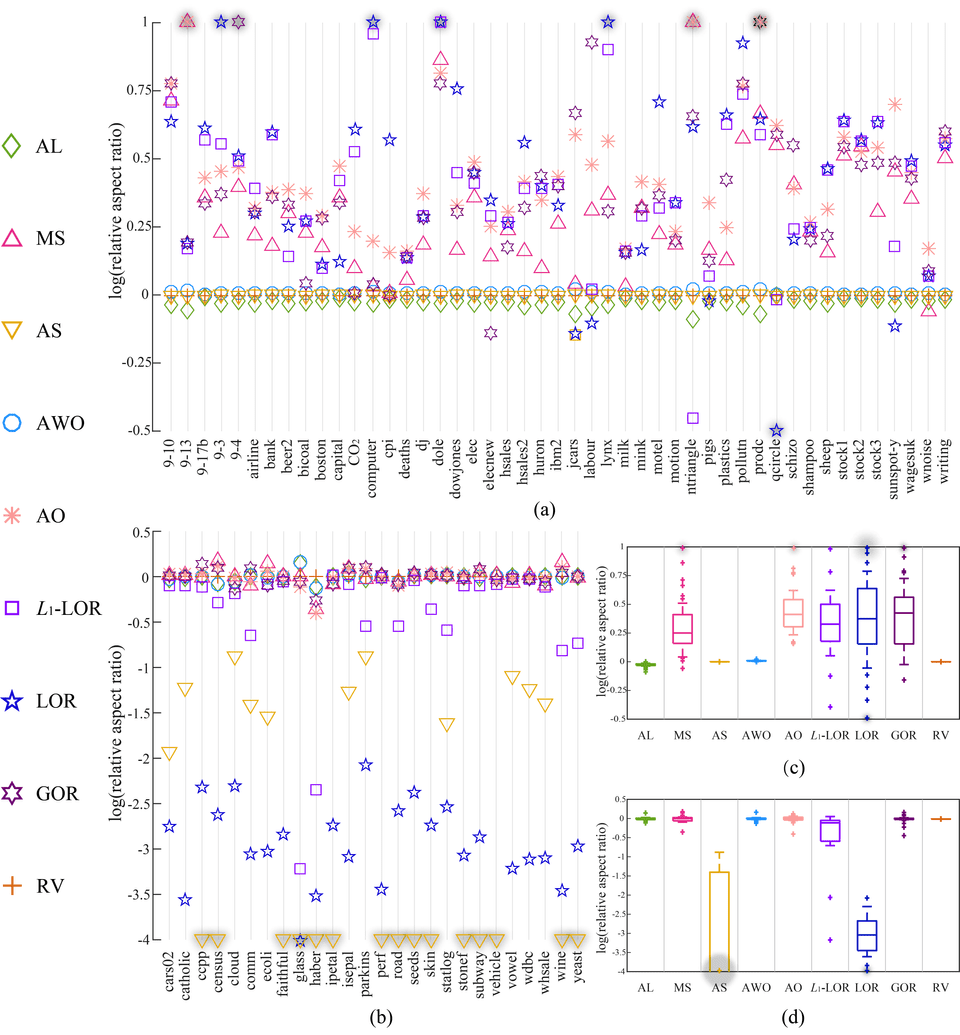 Figure 3:Comparing the aspect ratios (presented as log relative aspect ratios, or log-ratios) produced by various methods on 1D curves (a) and 2D contours (b), relative to RV as the reference for computing the log-ratios. To reveal the distribution of log-ratios for each method, we summarize the log-ratios results shown (a) and (b) as boxplots in (c) and (d), respectively; in case a result is out of the plot range (see AS particularly), we draw a dark transparent shadow to indicate the outliers. 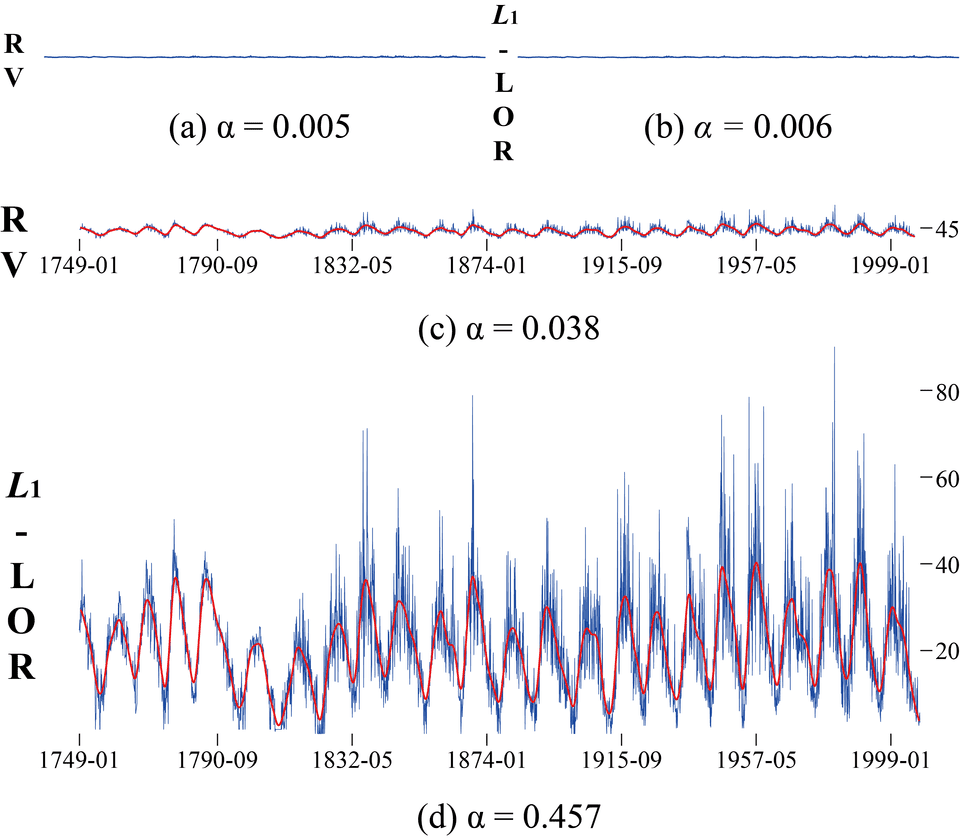 Figure 4: Demonstrating the application of our dual-scale banking technique to the Sunspot data. (a,b) Plots produced by directly applying RV and _L1-LOR to the original data. The resulting aspect ratios are too small to reveal any meaningful patterns. (c,d) results of dual-scale banking, where we apply RV and \L1-LOR to a median-filtered curve (in red), and produce two plots (one by RV (c) and one by \L_1-LOR (d)) to show complementary patterns.

The authors would like to thank the anonymous reviewers for the valuable comments. This work is supported by the grants of National Key Research & Development Plan of China (2016YFB1001404), NSFC (61772315), NSFC-Guangdong Joint Fund (U1501255), Science Challenge Project (No. TZ2016002), Shandong Provincial Natural Science Foundation (2016ZRE27617), and the Fundamental Research Funds of Shandong University.